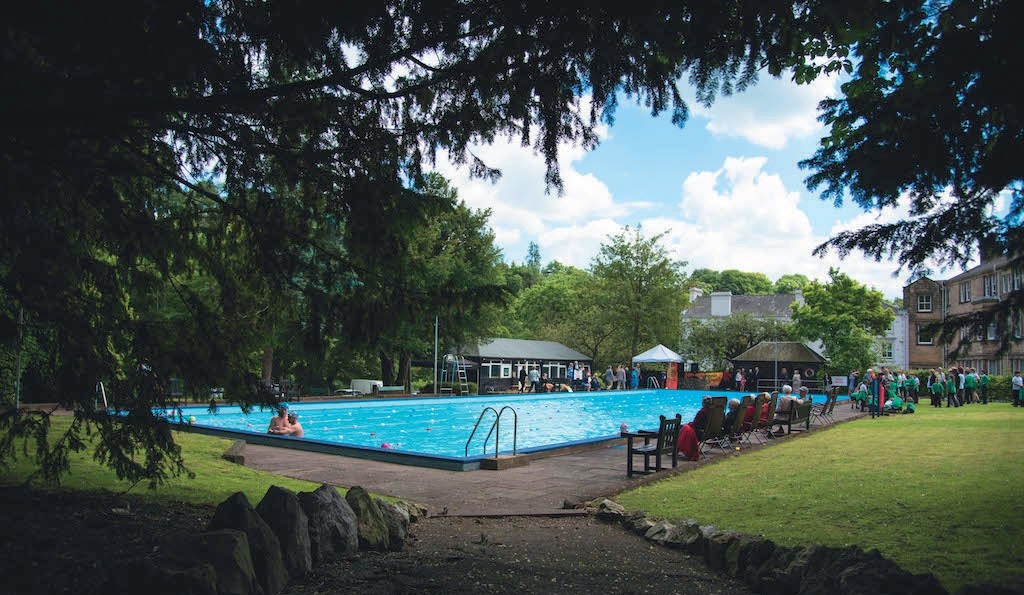 The closure of Matlock’s New Bath Hotel in 2013 looked like calling time on its feature lido that had survived the Second World War and the massive decline in outdoor pools in the 1960s and 1970s. But on the 85th anniversary of its original launch, swimming personalities, Ross Davenport and Ryan Taylor cut the ribbon with the Mayor of Matlock, Councillor David Hughes, in a revitalisation of the hotel that has seen much of the swimming area restored back to its original 1930s splendour. The warm springs of Matlock Bath – which have been renowned for their ‘miracle’ healing capabilities since the 17th century – circulate constantly throughout the lido. The 40 yard pool is surrounded by lawns and shrubs, a tennis court and scenically backed by the Derwent’s breathtaking limestone cliffs on one side and woods of Masson on the other. “The lido is a much-cherished part of the Matlock Bath and its fantastic achievement to be able to secure its future for generations to come, Richard Devine, manager of the New Bath Hotel. “It’s a proud day for the New Bath Hotel as we’ve celebrated the return of a fantastic asset for Peak District tourism.” 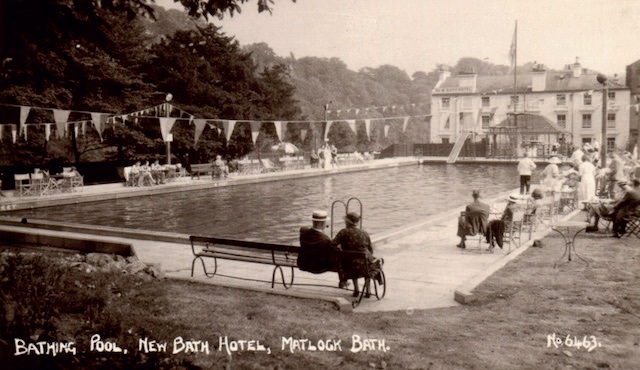