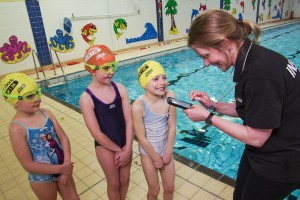 With swimming participation figures up and a marked increase in the number of people visiting its leisure centres, Everybody Sport & Recreation is making waves in its goal of changing lives through healthy recreation.

The charitable trust operates 15 leisure centres and is responsible for delivering leisure services in partnership with Cheshire East Council. In 2015, the organisation welcomed more than 2.8 million visitors, an increase of four per cent on the previous year.

“The recent Active People Survey by Sport England, now shows Cheshire East as the most active area in the North West region and we are proud to say we have played a part in that success,” says Paul Winrow, Sport and Operations Director.

“We now provide free swimming to 6,000 swimming learners, increasing participation locally, despite a national decline in swimming. Sport England data for 2015 showed an eight per cent reduction year on year in swimming participation, Everybody has seen an increase of over 10 per cent in swimming visits during the fi rst half of 2016.”

Nine of Everybody’s leisure facilities have swimming pools, including Nantwich Outdoor Pool, which is one of the only brine pools in the country. Working closely with Holmes Chapel Parish Council, Everybody has recently helped bring their new community centre into operation.

To read more on this story, subscribe online today.