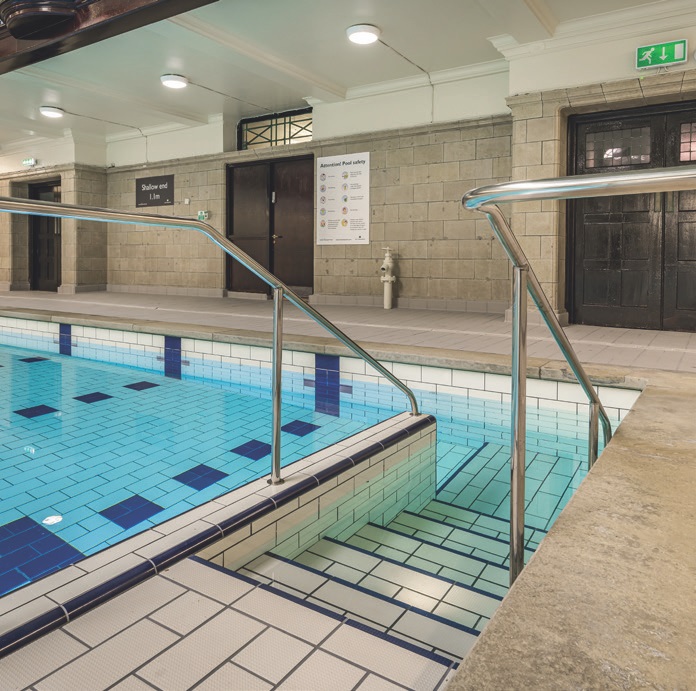 Solus Ceramics rose to multiple challenges on the Porchester Centre project. The custom-made tiles provided by Solus Ceramics for the Porchester Centre renovation offer a truly authentic effect; convincingly replicating the aesthetics of the historic Baths. The original tiles that composed the scum channel running along the length of the pool have remained in situ. Those within the wall of the shallow end were meticulously removed, with some used to replace sections in a poor state of repair on the adjacent sides.

Solus worked with one of its partner factories to create precise replicas of the products that had been extracted, reflecting the size, tone and texture of their predecessors, culminating in a truly convincing visual in the once exclusive sanctuary of first-class patrons. As stipulated by conservation conditions, bespoke tiles of off-white and blue racing lines, were created to perfectly emulate the colour of the pool’s original brickwork and reflect its aged appearance. One-of-a-kind red tiles were also produced in a tailored size to replace those initially laid to mark the change in depth at the centre of the pool.