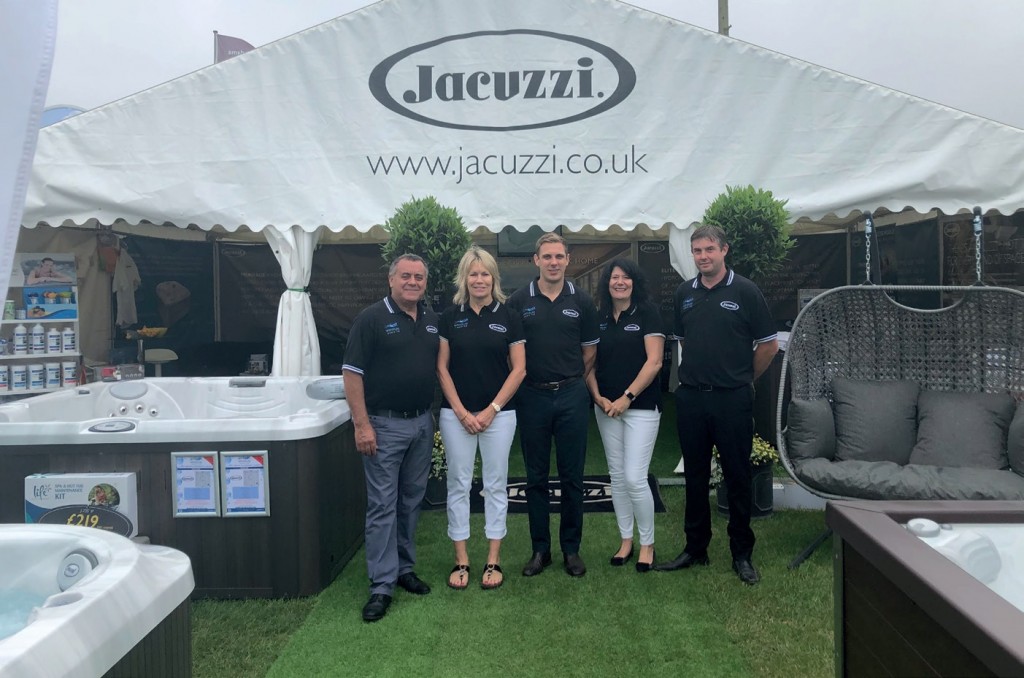 Hot tub retailers across the country have been taking part in shows and putting on their own events to help support 2019 sales.
Norfolk-based Wensum Pools were celebrating an outstanding Royal Norfolk Show appearance with revenue up 100 per cent on the previous year and more high-end tubs sold than normal.
“For us, the Royal Norfolk is our only show as we feel it is important to showcase the business and it still seems relevant,” said Wensum’s Ben Halton-Farrow. “It was also good to catch up with existing and previous clients and provide some hospitality. Ben added: “It takes a huge amount of commitment before, during and after the show but it is definitely worth it.”
Wensum backed-up their Royal Norfolk Show with advertising in the show guide and supplementary advertising in a high-end magazine. This might be why, on the morning of the Royal Norfolk, as they anxiously awaited their first show sale, someone walked into the Fakenham showroom and bought a high end Jacuzzi. Meanwhile, back at the showground, Wensum’s Jacuzzi-branded display stood out from another four hot tub displays at the show. “We offered hospitality drinks and food,” explained Wensum’s Andrea Morrison. 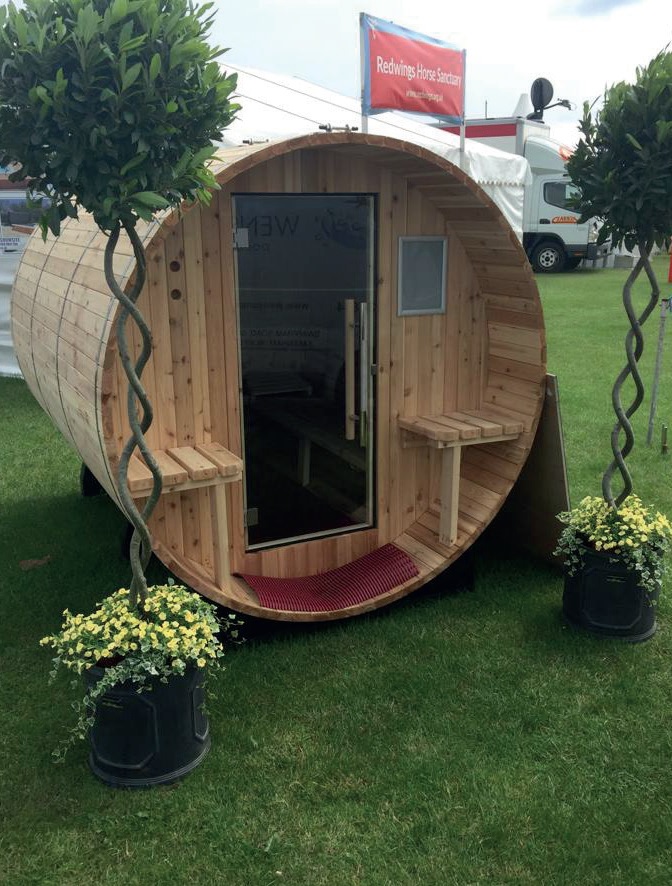 GREAT DRAW
“I feel this is a great draw, for instance, we had approximately 12 people visit the stand who purchased tubs from us in the previous year,” she continued.
“This year we had Seb from Jacuzzi with us who we found that a great asset,” Andrea continued. “Seb sold the first high end tub and he also spent time with us getting to know the product in more depth and the new models,” said Andrea who reported a lot of interest in the new J475ip model. Prior to the show, Wensum had been promoting an add-on feature of a square bar and six stools, a double swing chair, and a high, round table parasol and chairs with modest take up. “They had been slow to sell from the showroom but at the show, we sold them all on the first day,” Andrea revealed. “It was a great show but every year is a different experience,” said Andrea. “At the end of two days we sold 10 tubs and seven of the tubs were high end.
Wensum followed their Royal Norfolk display with an Open Weekend at their Fakenham shop and showroom where among the visitors were four customers they had met at the RNS, who attended and purchased a spa.