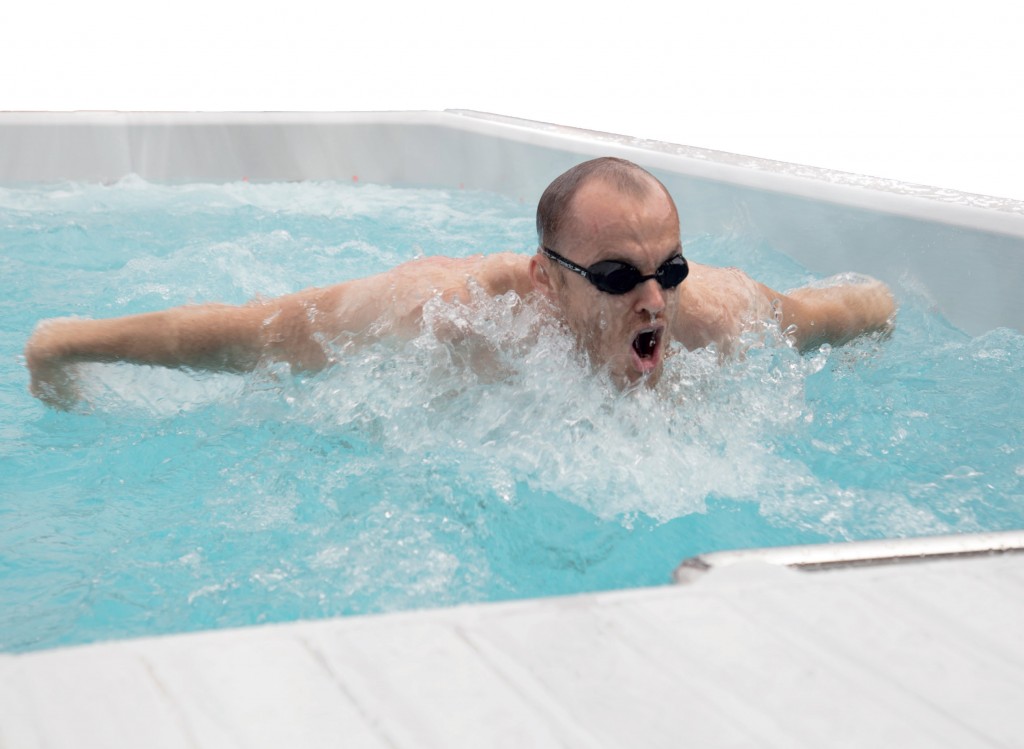 The team from Superior Spas proudly promote their Zeus Swim Spa as the king of swim spas. Zeus is the sky and thunder god in ancient Greek religion, who rules as king of the gods of Mount Olympus. “The ultimate in luxury, this swim spa is king of swim spas, delivering a stunning counter current river like experience,” says Superior’s Graham Message. “We trialled numerous turbine systems before deciding on the model we have used that allows for a much better swimming experience,” adds Graham. Part of the Platinum Spas range, the Zeus has a simply enormous amount of swimming space, coupled with a great spa end to soothe away aches and stress.

STATE OF THE ART 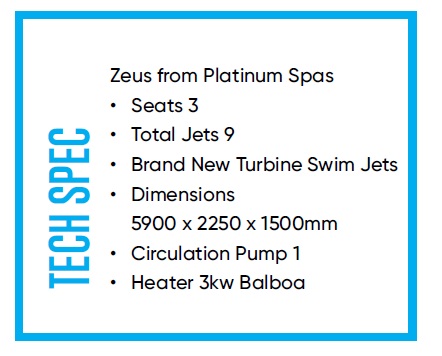 The state of the art turbine swim jets make this swim spa one of the most powerful on the market today. Graham again: “It’s different because it is a turbine system instead of the traditional jet system. Crucially it is affordable for the end user to purchase, the turbine system has nine different speeds, it has a cool down bench with jets, it has a beautiful exterior with exterior lighting. “ “The Zeus certainly lives up to its regal credentials,” says Graham. “It allows the end user to have a fantastic swimming experience whilst paying the cost of a standard swim spa.” Whatever the swimmer’s speed or stroke, the ample proportions of the Zeus means swimmers won’t hit the sides or kick the seats. As an added bonus, water, air and direction of each jet is individually controllable. As a reward after that swimming workout, users can sit back and relax in the spa end, which features an array of high power jets to give a soothing and invigorating hydro massage. 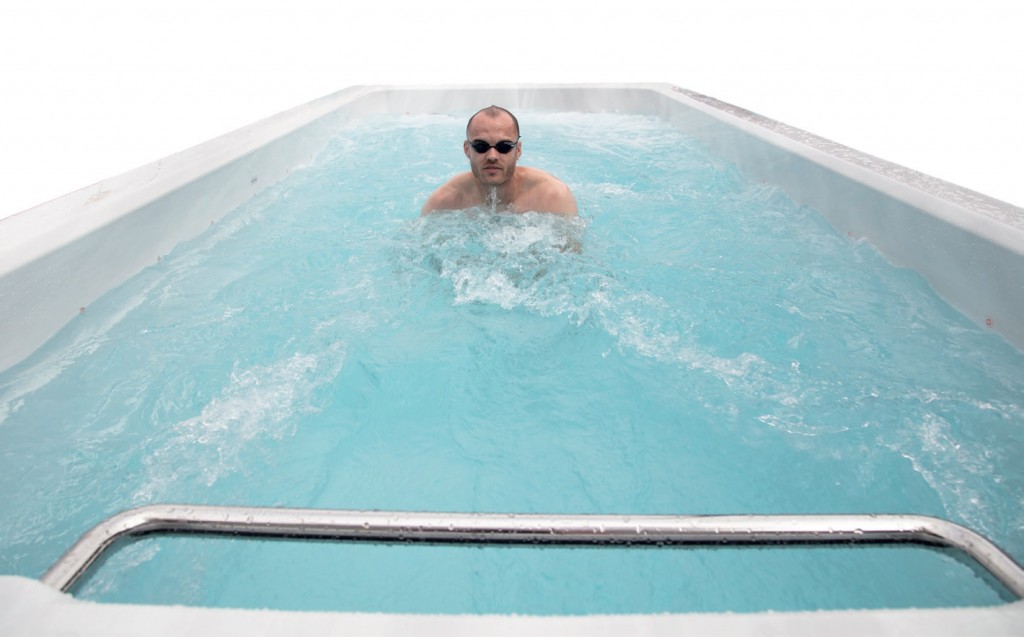