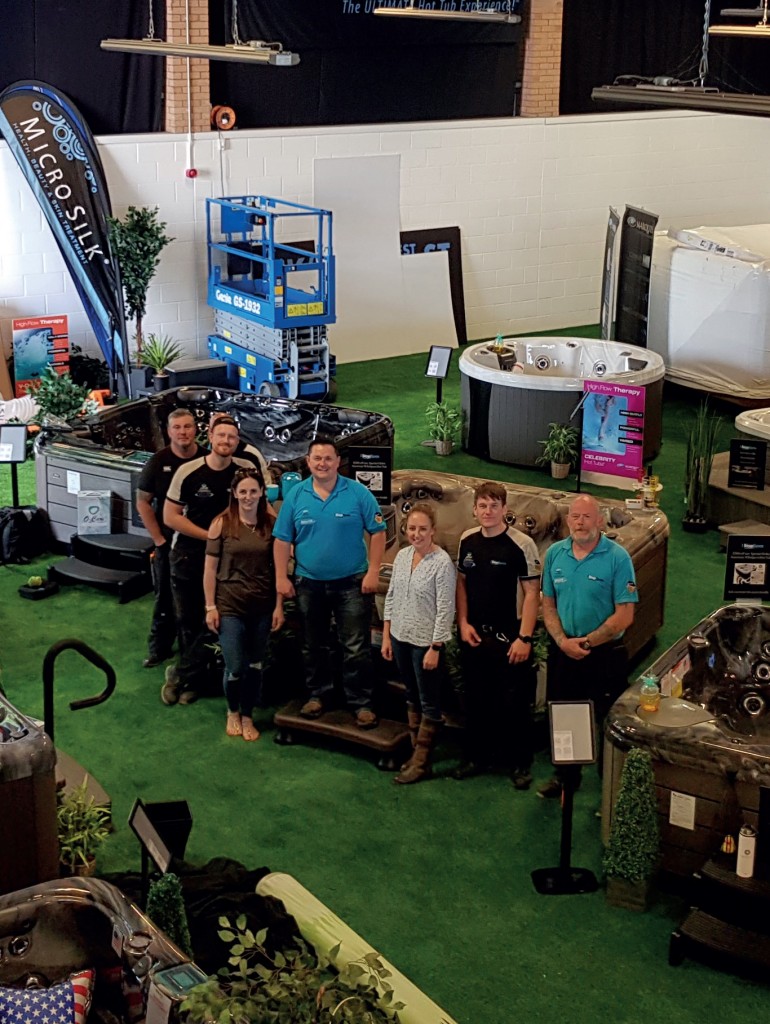 The One Stop Spas team perform cartwheels to open their new Sleaford showroom..

Taking their sons to their regular gym club in Sleaford, Melissa and Chris Brady, of 1 Stop Spas, in Lincolnshire, had often cast an envious eye over the building, agreeing it would make an ideal showroom.
So when they heard a whisper the building was coming available, as the gym club was moving to bigger premises, the pair did not hesitate to take on the lease. It involved a few cartwheels and somersaults of their own as they pulled off the showroom launch in time for the second May bank holiday with just two weeks to kit out the site. They had to call on all of Chris’s military background training with precision timing and extremely tight deadlines to open the doors in their new Sleaford sales centre in record time.
“Once we had the keys, we immediately had a mezzanine floor put in for the separate holiday hot tub sales area,” explains Chris. “This will also provide space for the seminar room for the training side of the business,” he added.
“We could not do anything until that floor was put in. That gave us two weeks to get the showroom ship shape ready for the second May bank holiday weekend launch.” Chris called in an existing customer, celebrated former  England rugby international, Rory Underwood, to add to  the razzamatazz of the official opening ceremony. 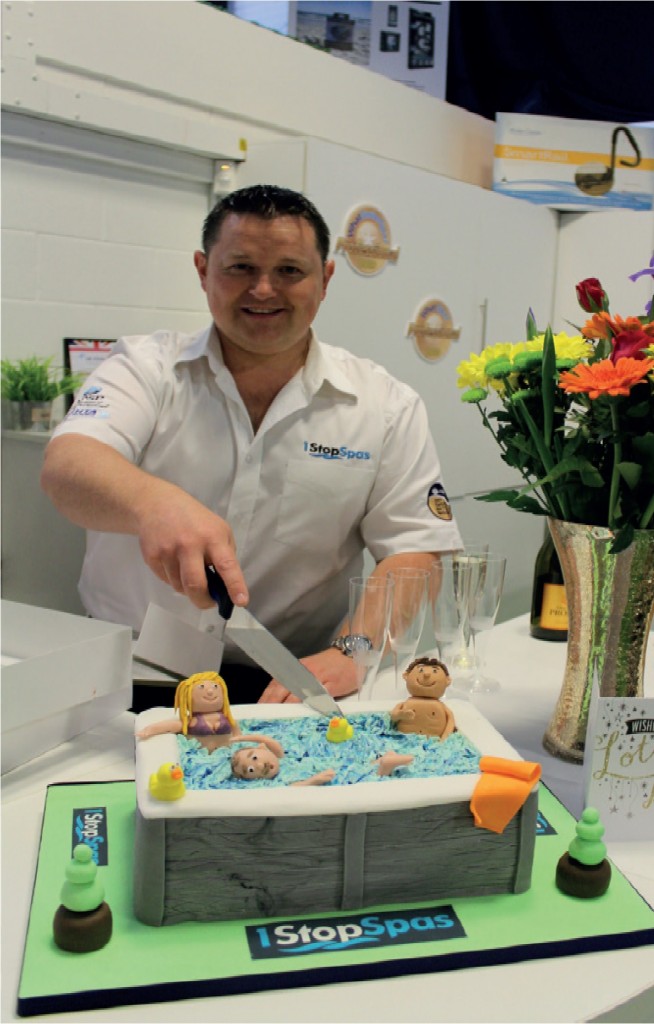 “If I know someone has an air force background, it encourages me to buy,” revealed Rory, who has recently switched to a Marquis Spirit spa. “The kids have left home now, so we did not need such a big spa and of course technology moves on and the massage experience is lovely.” Sticking to their two favoured brands of American Whirlpool and Marquis, the 23 units on display are made up of five swim spas and 18 hot tubs. The display hot tubs range from the Vita 261, priced at £6,295 to the Marquis Epic at £19,995. The five swim spas include the Marquis Kona and the American Whirlpool dual temperature, both retailing at £29,995.
“We have also added a Marquis ATV 14 swim spa as we have sold a lot off brochure, so having one on the display floor will definitely help boost sales even further,” revealed Chris.
1 Stop Spas has retained its original showroom in nearby Billinghay as a pre-owned sales centre to serve that side of the business.
“We set ourselves high standards,” Chris concluded. “We have just put the business up another notch by raising the professional bar.
“We are told we have, with five on display, probably the biggest selection of swim spas on display in the UK and certainly the biggest showroom,” he added.