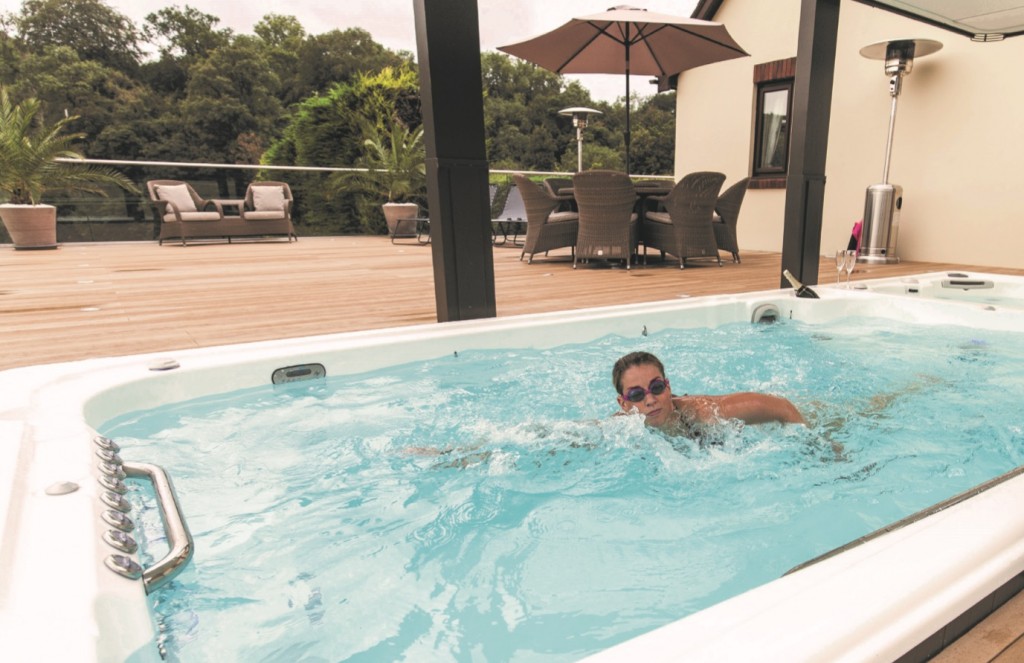 Initially a pool installation enquiry, Hydropool Devon recently completed a swim spa installation instead at this home in Stoneycombe, near Newton Abbott.

“Our client came to the showroom, initially looking for a swimming pool solution, however having seen how the swim spa works he fell in love with the idea,” explains Michael Harrison-Hastings, Hydropool Devon’s Head of Sales and Operations. “Once the Covana Lid system was mentioned it became clear that this was what David had been looking for, even though at the time of coming into the showroom he hadn’t realised it himself.” After choosing the 19ft Dual Temp Aqua Trainer, the client decided to include the hot tub attached to the same unit as an extra.

“Once he had discovered what alternative options were available there became only one choice of swim spa as this answered not only the option of a swimming pool but the bonus of a hot tub as well.”

Decisions ﬁnalised, the Hydropool team were given a free-role to complete the project in the most effective and appealing way. Michael explains: “We suggested sinking the swim spa into the ground, building David’s decking and glass balustrade around it with the hydraulic lid system in place, he was delighted – and really pleased with the result.

“When you look at the results it simply looks stunning, especially at night with the decking lights on too, the whole area has been completely transformed from what was simply a grassed area previously.”

“Fortunately, this was a really smooth install and didn’t face any real issues along the way,” adds Michael. The client has subsequently signed up to a fortnightly service package to look after the spa for him and invited the Hydropool Devon team to the grand opening party with friends and family to enjoy his new swim spa and outside space.