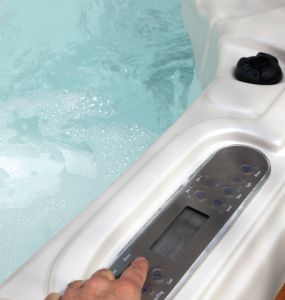 One of the UK’s leading hot tub sector businessmen is calling on the entire industry to stand up for its customers, and its own business integrity, over concerns on warranties and consumer rights. Darren Waters, the founder of Vortex Distribution, the Europeanwide spa parts suppliers and Spafix, the service network and retail division, says these are testing times for the industry that needs to set itself the highest standards of product delivery and customer service. He revealed his Spafix business is just emerging from a long and protracted legal battle which has challenged the integrity of product warranties on hot tubs. The company has just agreed on a settlement figure which saw the need to bring in specialist legal teams from the Continent to fight their case in the European courts. “We are not a company that lets our customers down lightly, neither do we have mega deep pockets,” says Darren. “It has taken a lot of determination to stay the course, after initially being fobbed off, I decided to just pay the legal fees and see it through, to see if the system actually worked”, Darren continues. “We would encourage others to do the same, not just on behalf of their customers but the integrity of the entire industry.”

BLISTERED SHELLS
The dispute was triggered when several Spafix customers began reporting problems with blistering on shells. Three customers called to report problems and this soon rose to seven in the same batch dating back to 2014, Darren reveals. “We were shocked when the supplier responded with claims the problems were caused by problematic water chemistry control,” explains Darren. “There was clearly a batch problem and the shells carried a five year warranty.” Darren explained that ‘blistering or delamination’ can happen at any factory in any part of the world if the techniques and materials are wrong. “China had a big problem with blistering years ago, but most established Chinese manufacturers are producing good quality shells these days,” he added. The three biggest causes of delamination are: 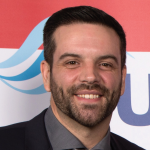 While Spafix offered its customer replacement spas or an upgrade to a different model; a long and protracted round of negotiations began with its European suppliers “Although the products were being supplied from Europe; the spas were manufactured in China,” says Darren. “We hired a law firm in the suppliers’ homeland to fight our case. At some points, I felt very sceptical about how much power we would have but I was pleasantly surprised with the hard-hitting action that eventually won our case.” Darren says it is not only customers who should read the small print on warranties saying: “We are only as good as our suppliers. “If we let our customers down, by choosing a wrong supplier, it is not the manufacturer, the customer will remember, but the retailer that directly sold them the spa,” Darren points out, and urges: “We all need to be vigilant and support our customers as well as our own industry’s integrity.”