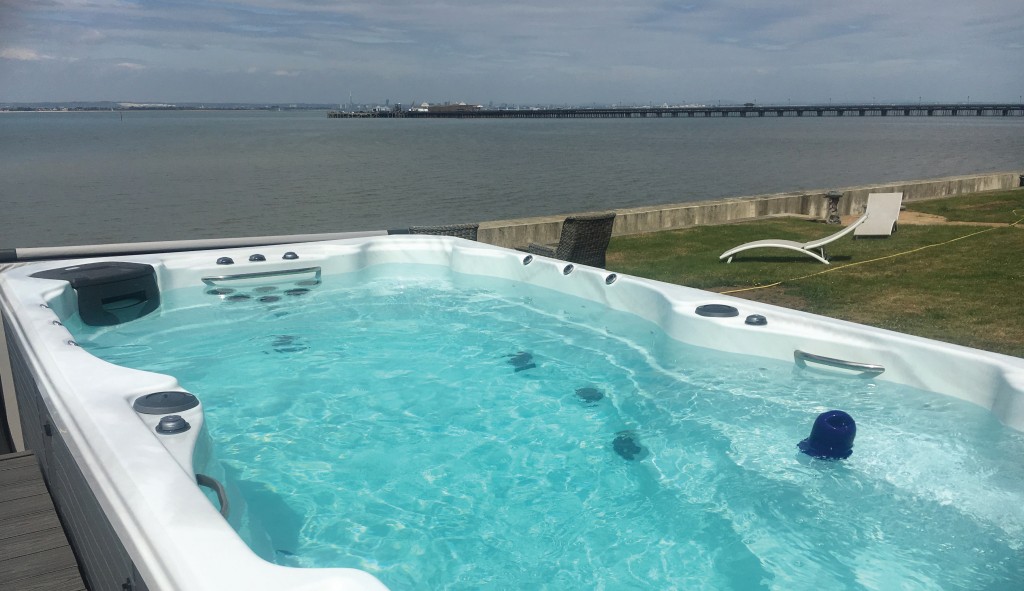 When a pool was ruled out for their seaside home location on the Isle of Wight, a couple instead turned to the idea of a swim spa.

Elite Spas Isle of Wight Ltd is a small family business based on the island specialising in selling spas, swim spas and saunas and gaining valuable industry experience over 12 years.
When a couple contacted the Elite Spas team via email from their website, they knew they wanted a large swim spa straight away. They opted for the Aqua-Motion that is manufactured by Aspen Spas in St. Louis, Missouri.
“We take great pride in all the products we sell and ensure our customers get the very best service,” says sales Elite Spas manager Katherine Turner.
As Katherine revealed: “It is a very new product and this is the very first swim spa of Aspen’s installed in the UK.” There was a lot of preparation involved in the installation as the client wanted to coordinate a sauna and summerhouse into that area of the garden too, involving a lot of concrete being laid.
The couple opted for the Aqua-Motion because it had the added features of an extra pump and swim jets, music and wi-fi, instead of the more basic model, the Aqua-Family.
Once they had made their purchase decision, they wanted it in their garden as soon as possible, especially because their children really wanted one too. The only issue was getting the swim spa in place and this was quickly overcome by using a local crane company.