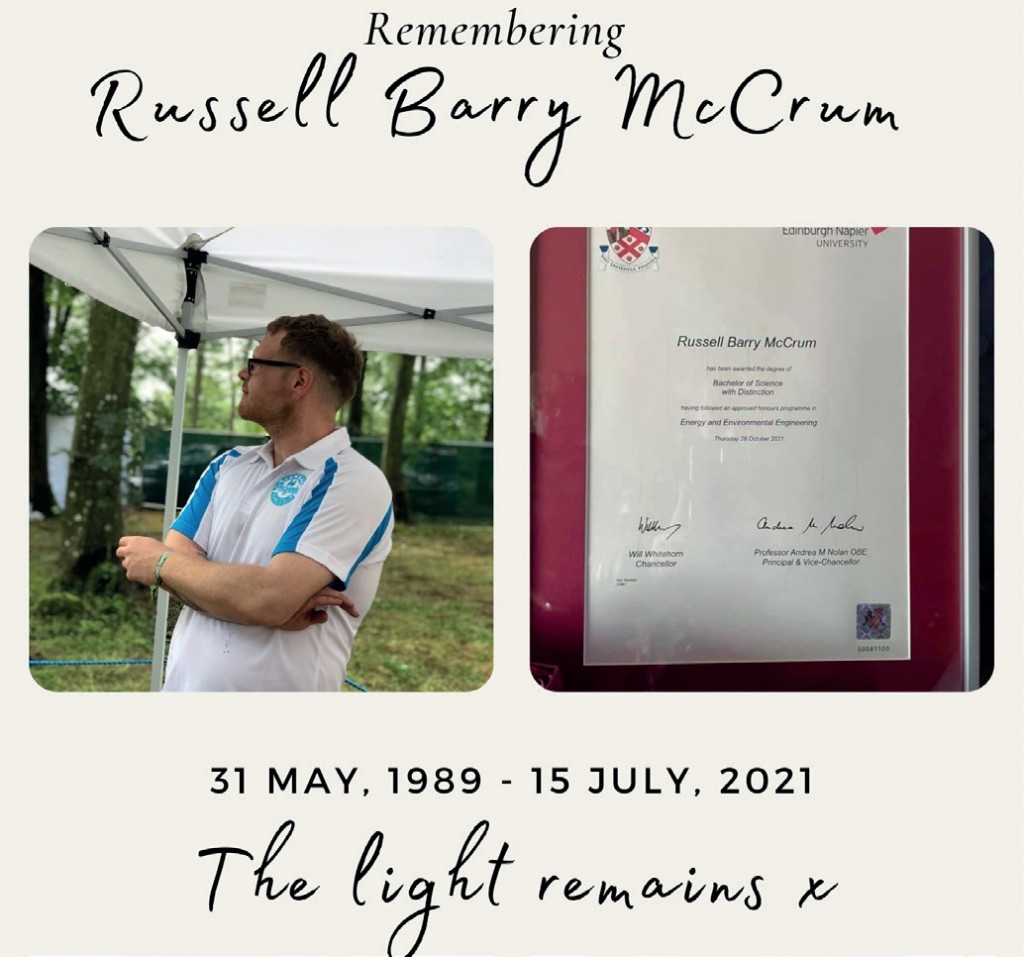 Travelling down from central Scotland for the award presentations in Birmingham in December, the team from Penguin Spas booked a table for seven employees but left one seat empty as a mark of respect to a former colleague.
Russell McCrum, Penguin Spas employee and friend, sadly passed away in July at the young age of 32.
At the event, the Penguin Spas team went on to win both Outdoor Showroom Of The Year and Energy Efficiency Award for its zero carbon neutral showroom, believed to be the first of its kind in the world – both a tribute to Russell who was sadly missed.
“Russell was the brainchild of us having the world’s first zero carbon neutral showroom,” shares Kieth McCay, Operations and Legal Director for the Penguin Spas team based in South Lanarkshire.
“Three months after his passing, he was awarded the degree of Bachelor of Science with Distinction for Energy and Environmental Engineering from Edinburgh Napier University,” Kieth continues. “Winning the awards is a tribute to him.”
In an outstanding year, Penguin Spas, who promote the Sunbeach Spas range, has also been chosen as the hot tub suppliers to Birmingham’s 2022 Commonwealth Games. Birmingham aims to be the first carbon-neutral Commonwealth Games setting a benchmark for future Games.
Penguin have specified a Sunbeach spa for the event. Sunbeach’s R10 energy efficient insulation was a previous Energy Efficiency Award winner.
As part of the company’s Go Green initiative, Sunbeach now have all of its hot tubs using R10 insulation to ensure they are reducing the energy usage of the spas.