Superior Wellness took centre stage in this summer’s two-part Channel 5 focus on Hot Tub Brits: More Bubbles Please!
The Superior team offered a behind the scenes look at their new head office in Chesterfield, the retail division Miami Spas, the hot tub delivery and installation process, including footage of a delivery to one of their customers. “I think it’s fantastic that Channel 5 are shining a light on the hot tub industry, especially now more than ever with the many changes we’re continuing to experience,” commented; Rob Carlin, Managing Director.
Following the broadcast, BISHTA moved quickly to distance itself from ‘poor practice’ demonstrated by some companies which was ‘alarming’ and should be a ‘cause for concern’ for the whole industry. In both programmes, BISHTA said, there was evidence of companies not arranging suitable installation and commissioning to ensure the hot tub was ready to be used.
“It is possible that ‘of camera’ the water hygiene management instructions were provided and demonstrated, but this may not have been the case, especially where hot tubs were left for customers to fill with water,” the statement read.
“This practice is not what BISHTA asks of its members, and it was clear that non-members were willing to leave customers to look through the instructions themselves, which is very unsatisfactory, especially as leaks are not immediately diagnosed and dealt with and any electrical issues may not be spotted.”
BISHTA tried to turn a negative into a positive by steering people to BISHTA registered companies following national coverage of a hot tub entrapment involving a ten-year-old Harry Williams who was sucked under the water by a filter outlet within the spa he was using.

Harry was unconscious when the combined efforts of three men released him from the suction. Thanks to emergency treatment, Harry made a full and remarkable recovery.
BISHTA ascertained the history of the hot tub in question, which was initially sold to the first owner in 2015 and was then sold privately to the current owner as used/second-hand. They said the incident was a timely reminder about the purchase of used/second-hand hot tubs and buying from reputable sources to ensure the hot tub has been well-maintained and is in safe working order.
BISHTA issued a statement another few weeks later following a fatal incident involving the crane lift of a hot tub in Bristol. The statement read: “BISHTA is saddened by the news that a person has lost their life in this incident and is working with relevant parties to look into how and why this incident has and could have occurred.” 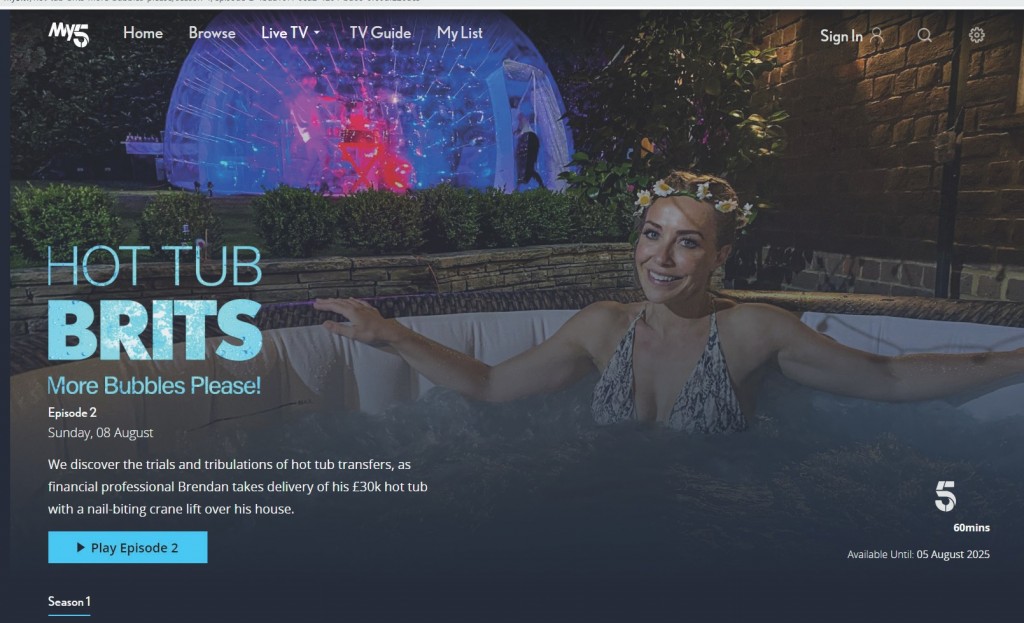