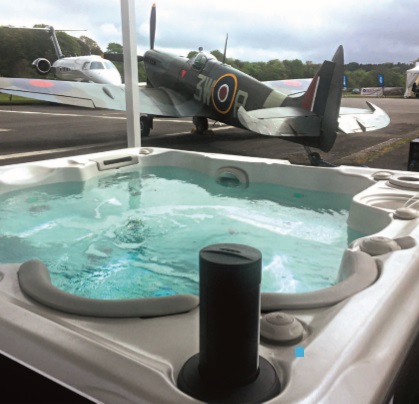 All eyes have been set on the skies as hot tub retailers enjoyed generally favourable conditions for this year’s outdoor show season helping to drive sales to record levels. The warm weather enjoyed in June and July certainly heightened interest in the outdoor living lifestyle and its associated products with many dealers reporting record-breaking sales ﬁgures and exceeded targets. However, June also brought torrential downpours in many parts of the country, which made setting up difﬁcult for exhibitors at some shows and also impacted on visitor numbers.

It was also the ﬁrst time the show had been really wet and windy!” commented Sharon Kennelly of Spyrys. “Despite the challenging winds setting up the day before, we still managed to erect the two gazebos allowing customers to stay warm and dry whilst making those all-important sales.”

The Spyrys team also exhibited at the Cornwall Home & Lifestyle Show – an indoor show held in May at the Royal Cornwall Showground in Wadebridge. Sharon added: “It’s great to exhibit at an indoor show in which the setting up isn’t so easily hampered by the wet weather. Attendee numbers at indoor shows are always up when the weather is poor!” Meanwhile familiar faces on the show circuit, Elite Spas, had a busy week in June after spending three days at the Three Counties Show in Malvern, closely followed by two days at the Lincolnshire Showground for the Lincolnshire Show. 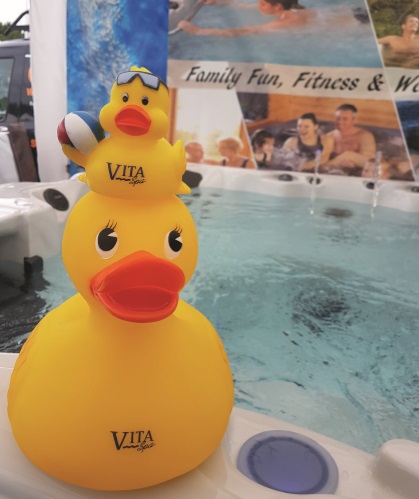 1 Stop Spas of Billinghay also exhibited at the Lincolnshire Show, which attracted some 600 trade stands and around 60,000 visitors. Further North, Cairngorm Spas of Aviemore are working their way through a busy schedule of events this summer season, which kicked off with the Aberdeen Spring Show. “Our tour of shows this year has been successful so far,” commented Gabor Krivan-Barta of Cairngorm Spas.

“Our most popular model has been the Hydropool Self-Cleaning 670 hot tub which has particularly well received at shows.” Cairngorm Spas also attended the Scottish Game Fair and the Turiff Show in July and have a further three shows planned for August – including the Black Isle Show, the Highland Field Sports Fair and the Grantown Show.

Elsewhere in the country, the team from Hydropool Devon have already attended a number of shows in the South West, including The South West Home & Garden Show in Exeter, The Devon County Show and The Royal Bath & West Show.

To find out more about the summer show season, subscribe to Hot Tub and Swim Spa Scene at www.poolandspa.com