Amid fears that a rival exhibition could strip the core pool and spa industry associations of vital future revenue, water leisure sectors are being urged to back SPATEX, the exhibition that has raised in excess of one million pounds for the industry in its 17 year history.

SPATEX is part of the BSPF umbrella group that includes the member organisations of SPATA and BISHTA. Enjoying a virtually free rein since its inception in 1996, SPATEX, held every February in Brighton, now faces stiff competition from a rival event.

Going head-to-head on timing and on price packages, the organisers of Piscines, Lyon, the world’s largest dedicated water leisure show, will launch an alternative UK pool and spa show to be held at Birmingham’s NEC in January 2013.

Monies from the SPATEX exhibition have been predominantly used to promote swimming pool and spa ownership with 10% of the SPATEX profit so far being donated to the Institute of Swimming Pool Engineers to support education and training.

“The trade should be warned that every penny spent at an exhibition other than SPATEX is directly reducing the money which may be donated to the UK pool trade organisations that exist to help, support and serve the industry,” warns Ross Alcock of ISPE. 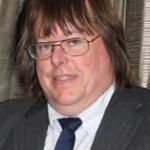 Every penny spent at an exhibition other than SPATEX is directly reducing the money which may be donated to the UK pool trade organisations that exist to help, support and serve the industry,” warns Ross Alcock of ISPE

“Of course the UK pool trade could function without SPATA, the ISPE and even SPATEX but it would be a far poorer industry in all senses of the word, and a far less professional and rewarding trade to be associated with.”

Ross adds: “As soon as SPATEX is depleted in either visitors or exhibitors it is a slippery slope and that money which has been greatly appreciated by the organisations will quickly be reduced, and the trade will suffer as a consequence.”

Following an industry survey, the SPATEX show organisers have opted to pin their colours to the Brighton mast, confirming the seaside location as the preferred venue not just for this year but for 2013 also.

“Despite scouring the UK for alternative venues, we have not yet found a place that matches all the facilities of the Metropole in Brighton,” comments SPATEX director, Howard Gosling and continues: “The recent [BSPF] survey still showed it [Brighton] had the biggest following.

“Companies will always exhibit where they think will be best for their business – as indeed they should – but no one should be ignorant of the ‘silent’ profit raised for advertising and PR for the pool and spa awareness, as well as education of those within the Industry, so as to ensure further growth of the pool and spa business.”

Howard continued: “For years, different businesses and people had been creaming off the exhibition profits for themselves. In 1996 this changed.” “If SPATEX were not there to make a profit every year, then all the promotional spend would be lost to all members of the pool [and spa] industry.”