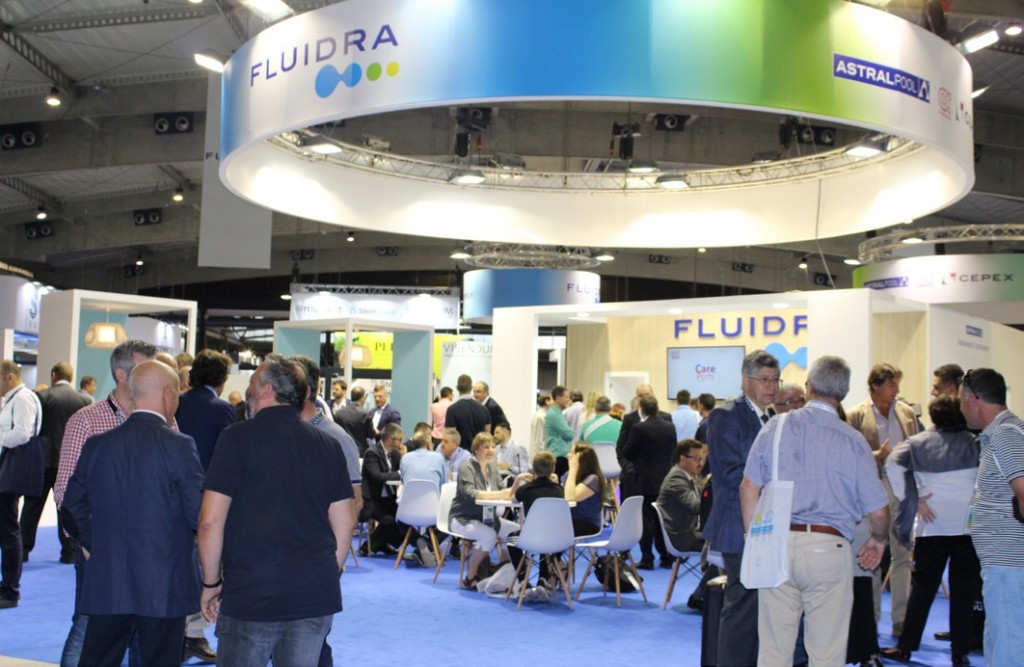 With the combined negatives of political unrest, economic uncertainty, terrorist activity not to mention increasing competition from German trade shows, Piscina & Wellness Barcelona was facing an uphill challenge as it staged its recent 2017 event.

It was a challenge it not only met but exceeded, confirming not only the stability of the show but also the Spanish pool market as a whole, with expected turnover nine percent more than last year reaching revenues close to 1,140 million euros. The show itself attracted 368 exhibitors, 58 percent of them international, with 499 brands represented. Visitor numbers were up to 13,300 visitors, nine per cent more than in 2015 with 48 percent of the accredited trade professionals travelling from around 100 different countries.

“We are leaving the crisis behind and our sector is today more solid and balanced and, as we have seen at the show, more innovative than ever when it comes to offering effective, high added value solutions for both new pool builds and the renovation and maintenance of swimming pools, wellness centres and any other kind of aquatic facility,” contended the show’s president and CEO of Fluidra, Eloi Planes. “It is necessary to turn swimming pools into an asset that are easy to manage, and in this respect new technologies are our best ally, such as the IoT systems that are opening up the era of the connected pool,” he emphasised.

Those who made the effort to attend the show were not disappointed. New attractions this year at Piscina & Wellness Barcelona 2017 included the launch of the Start-Up Village by 4YFN, an area for learning about the projects of more than a dozen start-up enterprises with an innovative background. These featured innovations such as virtual reality goggles for underwater games in the pool; swimming pools manufactured using 3D printing techniques; a system for drying and sanitising slide sandals; an application for adapting the pool according to the user’s mood; a web platform for sharing swimming pool facilities with other people and training pools capable of recreating the climatic effects of the sea were just some of the projects on show.