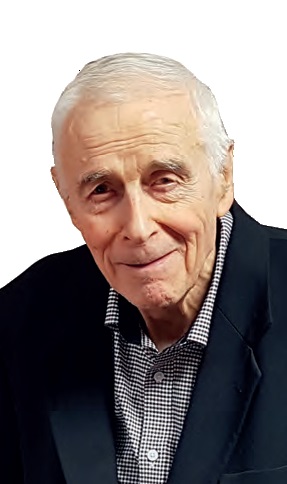 CPC and the early roots of pool water treatment, as remembered by Jimmy Lamb…

After completing a five year engineering apprenticeship, followed by a stint as an engineer in the Merchant Navy, John Lamb came back ashore and home to Edinburgh as he and wife Maggie added to their young family. A move south in late 1969 to become Baths Manager at Whiston Road Baths in deepest East End London. Back then, this type of role came with accommodation. An exciting new opportunity came up at a brand new leisure centre in Cheltenham. Opened by the Queen Mother in May 1971, John secured the position of Deputy Manager at Pittville Recreation Centre. It was here that John first met Peter Horne. Peter was the owner of a company supplying pool chemicals called Complete Pool Chemicals (CPC). He started this business as an off shoot from a pool company based in Gloucestershire called Complete Gardener’s.

OWN LABEL
Back then CPC pioneered private label supply of pool chemicals. Peter quickly struck up a great friendship with Dad as his preferred chemical supplier. Dad went on to work in management at two other leisure centres; Stroud in the mid 1970’s before another move to Stratford-Upon-Avon in 1979. Peter invited John to join him back in Gloucestershire at CPC to develop the commercial market. Off we went back to Cheltenham in the summer of 1982 and a great partnership was formed between Peter and John. CPC partnered with Olin as they were known back then and became one of the first to offer Fi-Clor and HTH brands. You can see some these products in the photos of what must have been the early days of a UK pool exhibition which ultimately became SPATEX. During this period, as an active member of ISPE (Institute of Swimming Pool Engineers) John joined ISPE Council and is the author of the ISPE technical paper ‘Water Treatment for Pool Operators’. He also acted as the chemical tutor/examiner for the ISPE Student Home Study Course. He was presented with a Fellowship of ISPE in 1989 and was inaugurated as President in 1990, some two years before he was due to take up the position.

MARKET GROWTH
In 1990 and after years of solid market growth and establishing Complete Pool Chemicals as the market leader, Peter sold the company and the name changed to CPC Hydrochem. His experience and expertise in pool water treatment led John into becoming one of the leading providers of Pool Plant Operator courses on behalf of ISRM (Institute Sport & Recreational management) and ISPE. Not only was he already a Fellow of ISPE but, he was also presented with a fellowship of ISRM, today now known as CIMSPA. It was five years before CPC Hydrochem was acquired by the European market leader of pool care products, Munich based Bayrol in 1995. The company name changed this time to CPC Bayrol

A whole new concept of pool care was introduced in the form of Active Oxygen. As the pioneers of Active Oxygen, Bayrol had some exciting products then known as Bayroklar and Bayroplus. Over time this product developed into Duo Tabs and now exists in the form of Soft & Easy. A liquid version of Active Oxygen was also introduced in the form of Bayrosoft and dosed by a machine called Bayrosoft-Dos. Bayrol dosing systems remain available today in the Analyt, Pool Manager and Pool Relax. In 1998, a year before John’s son, Jimmy, joined the company, Canadian based pool water treatment giant BioLab Inc. took over things from their German partners and BioLab UK was born.

NICHE PRODUCTS
Many of niche Bayrol products such as the Active Oxygen range along with dosing systems were maintained in the product assortment. The international range of BioGuard and SpaGuard products were introduced into the UK market and changed the habits of pool owners across the country by encouraging them to visit pool retailers with a sample of their pool water for analysis. The personalised computer analysis of their pool water produced a ‘prescription’ of the required remedial treatment steps required to bring their pool water into balance. As a result, pool retailers benefitted by selling treatment products that they had never sold before and chemical sales went through the roof. BioGuard/SpaGuard quickly became the number one brand in the UK as pool dealers profits soared and pool owners enjoyed problem free pool water. It was during this period that John reduced his working hours as he approached retirement age concentrating most of his time conducting Pool Plant Operator courses.

TRAINING ROLE
In the early autumn of 2006 a catastrophic fire in the packing factory at BioLab UK saw some big changes. Bayrol in Munich, Germany assumed control of the company trying to maintain crucial supplies of the BioGuard/SpaGuard brand via their existing manufacturing network in Europe. Fast forward to 2012 at the Piscine pool show in Lyon, it was announced the Pollet Pool Group UK had been appointed official distributor of brand Bayrol for the UK and Ireland with Peter Turnbull, Lesley Hipkiss and Jimmy Lamb all invited to join the Pollet team to help ensure a fluid transition of the business. The Bayrol brand remains a very important assortment of products to Pollet Pool Group and Bayrol are now working with Pollet Group sister companies throughout Europe.

“Having recently celebrated his 82nd birthday, John Lamb passed away at a care home in Cheltenham in September. Fondly remembered, as one of the industry’s finest gentlemen.”