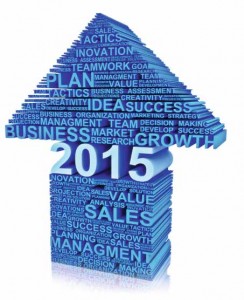 The pool and spa sectors breathed a collective sigh of relief as a combination of warmer and drier weather, together with an improved economic outlook, boosted consumer confidence and corresponding pool and spa sales.

Portable hot tubs were the biggest winners of 2014 with across the board reports of sales increases around 20% plus. So long the bridesmaid, even the middle range home swimming pool market began to see green shoots of recovery. Tightened belts continued to impact on commercial sectors with many multiple-leisure providers switching suppliers tempted by price rather than best value.

Meanwhile, British exporters looked further afield to countries like Russia and eastern European markets to expand overseas sales. The future looks even brighter for 2015 with the British economy predicted to grow by at least two per cent in the next 12 months. But with interest rises predicted and falling oil prices influencing many industries, along with a May general election; will the economy hold its nerve? 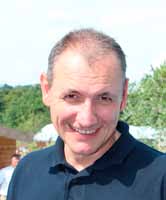 Paramount Pools began 2014 in triumphant mood after being named the first ever recipients of the UK Pool & Spa Award title of Supplier Of The Year. Popular managing director, Steve Martin, also managed a few personal firsts.

Steve confirms that business performance outstripped expectations in 2014. “We started off very strongly at the beginning of the year and continued to do moderately well through the whole season ending up 11% above target.”

Steve believes it could well be a groundhog year providing confidence remains strong and the weather performs.

“2015 is a landmark year for Paramount as we mark our 35th anniversary,” Steve remarks. “Our main objective is to be able to offer our dealers online technical support by way of internet media.”

On a personal level Steve will be setting his usual annual goals: “I will be concentrating on the usual – my waistline and my golf handicap.

No Room For Complacency…

New dealers will be entering the market as the good times return, predicts Richard Hart, who is a hot tub entrepreneur fulfilling roles as wholesaler, retailer and spare parts supplier.

“Remember, before the crash, when every garden centre had a spa dealer; those times are returning,” he said. Richard reports a staggering 40% overall sales increase for 2014 with a notable trend for investment in higher priced models than in previous years.

“Hot Tub Britain TV Show was a major benefit to the public awareness. Everyone was talking about it,” says Richard.

“Swim spas are going to gain ground as public awareness grows,” predicts Richard who adds: “Spa accessories will be massive as customers budgets will increase.” 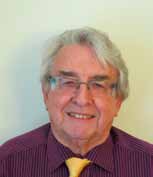 Bob Kent, managing director of Mineral Supplies International, a company that has enjoyed unsurpassed sales levels of its worldwide best sellers, Jolly Gel and Zeoclere as well as several other bespoke products under the MSi umbrella.

“Our success is partly due to good fortune but mostly down to some excellent products and some outstanding people in the MSi team,” declares Bob.

“While we enjoy all the good that comes with a great sales year, I am advising caution across the board in 2015 given the uncertainties of both politics and economics that lay ahead of the industry as a whole,” he warns “I have seen plenty of boom and bust to know that we have to put something away to provide a cushion for a rainy day,” he adds.

“Looking ahead to 2015, I want to see the industry working together more effectively to promote itself and pool and spa ownership generally.

“That way we become less vulnerable to economic vagaries and downright good luck and instead carve our own destinies.”

Practice What We Preach… 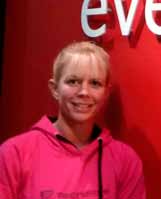 Alison Sutherland, Everyone Active’s South East regional swimming development manager has seen her company deliver swimming lessons to over 80,000 children and adults across its 98 leisure facilities.

“We’re thrilled to have been named Facility Operator of the Year at the annual ASA Swimtastic Awards for the fourth time,” says Alison. “I think the legislation regarding school swimming – which specifies that children should be able to swim 25m by the time they finish Key Stage Two – was important in 2014, especially given the recent stats revealed by ASA School Swimming Charter that 45% of children between the ages of 7 and 11 are unable to swim this distance.”

“In 2015 I will continue to encourage more and more people into the water to get fit and active, whether that’s through swimming, aqua aerobics or something else aquatic based, as I’m passionate about the benefits of water based activities. “Water-based fitness sessions are great fun and they provide a fantastic workout too as water is 800 times denser than air so it provides about 12 times more resistance when working out.” 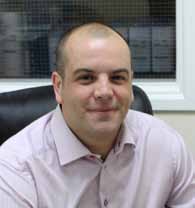 On a personal level, Darren Waters, the brains behind the Vortex spare parts distribution network, will be trying to switch off a bit more at home and be more pro-active in getting the house decorated.

Says Darren: “My wife keeps adding to the DIY list so I suppose I should try to start and knock a few of them off.”

The Vortex network enjoyed an outstanding year on the back of a successful 2013 that has enabled the company to bring in new lines and increase its stock holding in preparation for 2015.

Darren believes good old-fashioned customer service and knowledge of competition will bode well for future business success and is hoping to see the industry keep busy while improving standards of sales and service. “I would like to think Vortex aren’t doing a great deal wrong but as they say there is always room for improvement.

“If I had one criticism it would be that our returns procedure isn’t always as slick as it could be so we can make some tweaks there. “I would also like to develop our website further to improve the overall customer experience.”

Half Century For Frequent Flier…

Motivated and focused dealers made 2014 the second best year ever for Hydropool in Europe with dealer growth in the UK alone at 58%. As director of European sales Lloyd Burden reports, continued media exposure of both spas and swim spas has helped the industry tremendously this year.

“The European industry is definitely upbeat and the market is growing at a double figure rate; the European trade shows have been full of positive feel, it is a breath of fresh air.”

On a personal level, Lloyd celebrated his 50th in December in Las Vegas and nearer to home in Essex following a bumper turnout of over 250 people at Hydropool’s World Conference in Toronto. “I intend enjoying my 50th year as I did my 40th and keep strong and focused on the job in hand while trying to spend more time with the grandkids.” says Lloyd.

“Work is a big part of my life and I love what I do, the daily challenges of running a european network of dealers and a sales team, looking for new opportunities and managing that process on behalf of a North American manufacturer makes for very long days and working most weekends.

“2015 is looking like its going to be a repeat of 2014 with good growth and steady sales throughout the year, the sales season has definitely extended to 11 months of the year.”