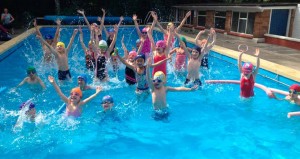 Sustained hot weather provided a boost for the UK water leisure sectors last year as consumers lapped up the good weather and a seemingly unquenchable thirst for outdoor living.

In July, the Pool & Spa Scene team carried out a snapshot analysis of some 137 pool and spa businesses with 54 per cent of businesses reporting higher sales than the same period in the previous year. Most hot tub retailers reported sales increases, some as sharp as 36 per cent up on 2013 with interest in outdoor living options such as cabins and gazebos up by a staggering 64%. Mid-range pool quotes suddenly turned to a sale while maintenance and upgrade enquiries shot up with previous forgotten pools being opened for the first time in several seasons.

Above ground pool sales returned to the dizzy heights of 2009. Pool & Spa Scene continued to raise its performance bar throughout 2014. We strengthened our regular focus on business, commercial and residential pools and projects as well as the spa and hot tub sectors with regular market updates, backed-up with up-to-the-minute statistics, alongside marketing and sales tips.

The return of the feel good factor still had residential pool owners wanting the most energy-efficient pool options. New regular features included pool designers and hot tub wholesalers with a featured commercial venue in every issue. The team continues to visit more companies, showroom and leisure venues than any other magazine to ensure it maintains its fresh and vibrant appeal. Available in print and on-line, not just in the UK, but around the world, Pool & Spa Scene is staffed by the most experienced team in the industry and celebrated its fifth anniversary in its new format in 2014.

Proudly independent of any organisations, trade associations or events, Pool & Spa Scene strives to uphold its market-leading position with the stories behind the news featuring top industry experts.

4,481 – the number of Facebook friends of Pool & Spa Scene magazine

93 – the number of water leisure products featured in Pool & Spa Scene’s Marketplace section both in print and on-line.