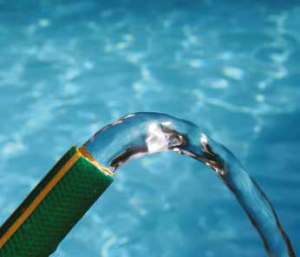 The company imposing the first hosepipe ban in England, since 2012, is leaking up to nine times as much water per day as it expects to save, according to The Times. United Utilities lost 453 million litres per day last year, due to leaks in its network and 133 litres per home per day in 2016/17; water losses of the equivalent of 175 swimming pools every day. The company predicts that this year’s ban, that came into force for its seven million customers in the northwest of England, in August, will reduce demand by 50 to 100 million litres per day, or 3 to 5 per cent. The company said it would publish a phone number for people to report their neighbors for using a hosepipe and would impose fines only if people failed to comply with warning letters. Water companies across England and Wales lost a total of 3 billion litres of treated water per day in 2017, a leakage level that has hardly changed for five years. Cat Hobbs, director of We Own It, an organisation that campaigns for public ownership of utilities, told The Times: “United Utilities is allowing an irresponsible level of leakage — 20-25 per cent. “A hosepipe ban might be avoided if that water wasn’t being wasted. We need to bring water into public ownership now so investment can go straight into infrastructure instead of lining shareholder pockets. In Paris, water is now in public ownership and leakage levels have been cut to 10 per cent.” A United Utilities spokesman responded: “The company takes the issue of losses of water from its distribution network very seriously and every year invests millions of pounds to minimise the amount of water lost. “We have cut leakage by half since the 1990s and are working hard to do even more. For instance, we now use satellites to help to detect leaks, and we have just recruited a team of sniffer dogs trained to pinpoint leaks in rural areas where the water does not always show on the surface.” Northern Ireland Water has also imposed restrictions for its customers. The last time a major hosepipe ban was in place was 2012, restrictions were brought in by seven water companies, covering 20 million customers. Water firms may vary the rules depending on the circumstances, but under the Water Industry Act 1991, regardless of whether you use a hosepipe, watering can, bucket or any other method, filling or topping up a swimming pool is prohibited. Hot tubs and swim spas are not affected. The Met Office confirms, as a whole, the UK has received just 47 mm of rain so far this summer (1 June – 16 July), making it the driest start to summer in modern records which date back to 1961, closely followed by 2013 with 59 mm of rain.