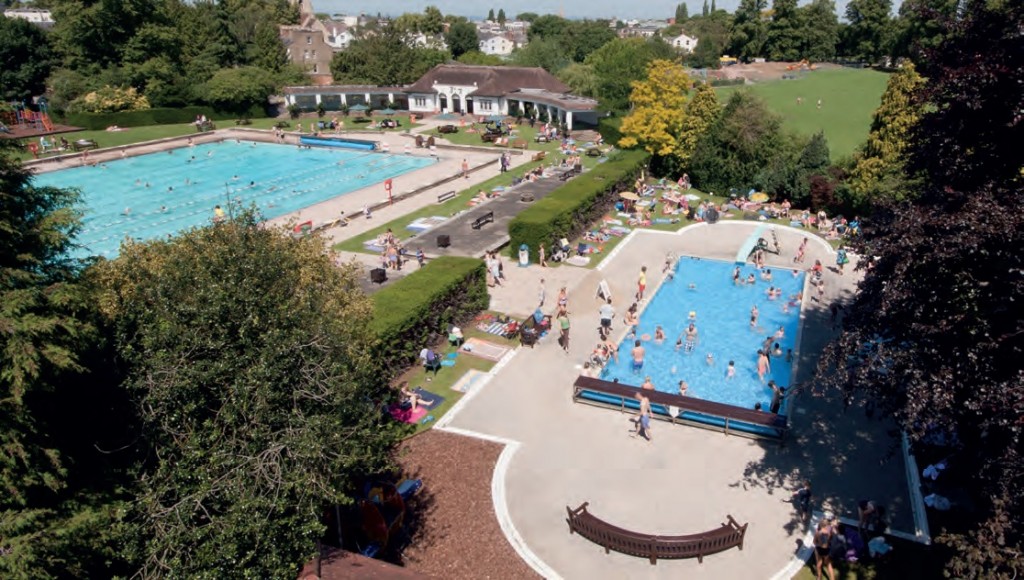 Taking on an impassioned role as guardians of what we, as a nation, must treasure, The Historic Pools of Britain, recently celebrated its fifth anniversary. Providing a collective and collaborative national voice for historic baths and lidos, what began as a vision has turned into a fully-fledged organisation. “I am immensely proud of what we have achieved over the last five years and the difference that having an organisation like Historic Pools of Britain is having,” says the HPB’s central driving force has been founder Gill Wright. “We now have a clearer national picture of historic indoor and outdoor pools, with many of the teams behind them working and sharing expertise and insight which in itself is a real step forward. “What has struck me in this time is just how loved historic pools are within their local areas, with community groups often behind the campaigns to save pools that have closed, and the breadth of the role that they play in bringing people together, generating community spirit and promoting wellbeing,” Gill continues. “We are passionate about continuing to grow the influence and work of Historic Pools of Britain, with exciting plans for the future of the organisation and what it can accomplish,” she adds. One of the roles of Historic Pools of Britain is to manage what is known as the Played in Britains Historic Pools Directory. This detailed database is the result of research the work that Simon Inglis, Dr Ian Gordon and Jackie Spreckley undertook for their respective books, Great Lengths and Liquid Assets.

NATIONAL PICTURE
When HPB was established the database was placed in its guardianship so that it could continue to be developed, ensuring the national picture of historic pools is kept as up to date as possible. Due to the global pandemic, there was no opportunity for fanfares of trumpets to mark the HPB’s fifth anniversary. Instead the organisation celebrated with the addition of a previously unidentified swimming pool jewel, the Herbert Gorringe Indoor Pool. “Thomas More Catholic School in Croydon, the Herbert Gorringe Indoor Swimming Pool, was built in 1896 in memory of its namesake” a spokesperson explains: “The red brick building with Bath stone dressings and a timber roof was gifted by the parents of 21 year old Herbert, who believed, as someone who loved sport, nothing would have given their son greater pleasure, every boy and girl in the school could learn to swim. It’s not been the 2020 swim season that anyone could have predicted but thanks to HPB many ancient pools continue to look forward to a brighter future.