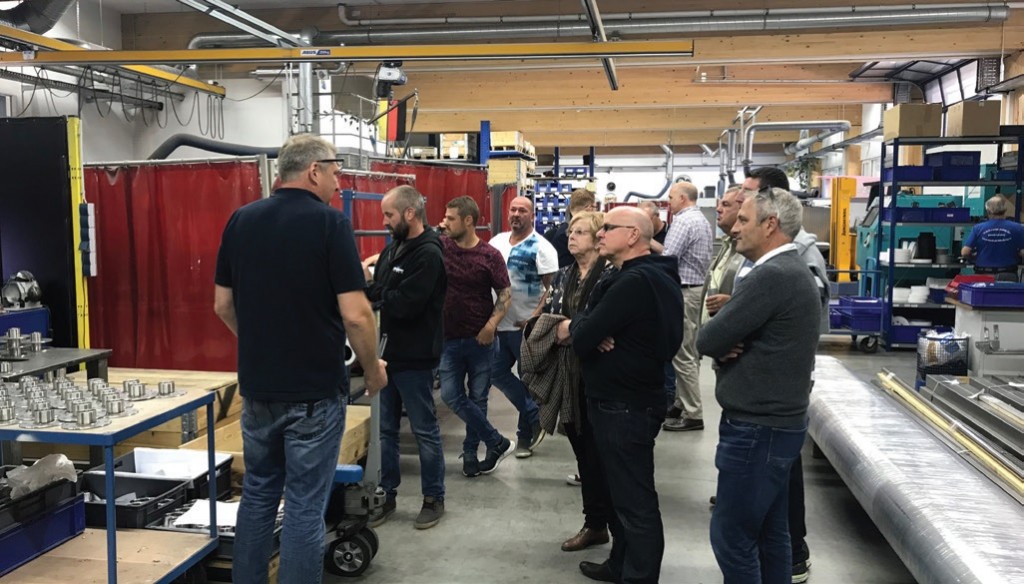 Automatic slatted cover specialists, Rollo Solar opened their doors recently to show a few Lighthouse UK customers what can be achieved when a little bit of imagination is put into developing a slatted cover business. The Rollo Solar factory is based in the small town of Bad-Tolz on the outskirts of Munich and was founded in 1983 by the present CEO Roland Melichar and his wife Heide. Manufacturing over 2,000 covers a year, the ethos of the factory is to make a slatted cover second to none and this is shown with the quality of materials being used. With their own designed and built in-roller motor system and unique slat design, the focus is on long-term reliability and security for the end-user.

After a full tour of the facility followed by a traditional Bavarian lunch, Lighthouse UK treated the group to a visit to the world renowned Munich Beer festival. Daniel Philips of Lighthouse comments: “With our ‘Team Rollo Solar’ t-shirt’s donned and a few people in the traditional Bavarian lederhosen, we set off to what can only be described as one of the biggest drinking establishments in the world. “In 2011, 7.5 million litres of beer were consumed at the event, which is the record to date,” adds Daniel. “Our team performed admirably with much fun and antics had by all, including a late night ride on the 250ft swinging chairs, although, as to the drinking record being broken, the jury is still out. A few sore heads the next day suggest it could be a close call!”