A delay in the publication of revisions to Part L of the Building Regulations – which the government said it would publish in May – could put back the implementation of the changes by up to six months. The Part L regulations set out the energy efficiency requirements for buildings and industry. Any delay will make it difficult to introduce the zero-carbon homes requirement in 2016 – a key part of the government’s commitment to cut the UK’s carbon emissions. A document released by the Department for Communities and Local Government (DCLG), confirms the new Part L rules will not be adopted this year. DCLG’s sixth statement of new regulation, documenting measures coming into force in the second half of 2013, fails to make any mention of Part L. 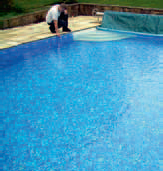