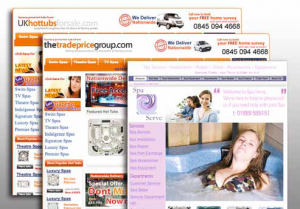 Three rogue traders who milked hundreds of customers in a home hot-tub scam have been given jail sentences totalling eight years.

Staffordshire-based Spaserve was used as a “cash cow” to rake in advance payments from customers who were sold faulty hot tubs or the ordered products never arrived. The business went under with debts of £2.7 million while two partners in the outfit lived a life of luxury, Stafford crown court heard.

Spaserve’s principal shareholder Simon Foster, together with Stuart Cox, a partner in the business and office manager Johnathan Husselbee were all convicted by a jury following a three-month trial. Foster, aged 49, formerly of The Green, Milford near Stafford now living in Lichfield was jailed for three and a half years; Cox, aged 40, of Oak Way, Sutton Coldfield 30 months and Husselbee, aged 37, of High Street, Dosthill, Tamworth two years. All had all denied fraudulent trading and conspiracy to defraud.

Judge Amjad Nawaz told them: “This was a wholly dishonest venture – the business never was effectively trading solvent, it was only a matter of time before the balloon went up and anyone dealing with Spaserve would lose their money.”Whilst others were losing out, there was an element of self-enrichment – [the defendants] were still getting their money.”

The jury heard that instead of using customers’ cash to fulfil all their orders, the bosses spent money on themselves, with lavish lifestyles, expensive cars and holidays. Mr Adrian Keeling QC, prosecuting, said: “It was not run as a proper and honest business, it was run, first and foremost, as a source ofincome for these defendants. It was run as a ‘cash cow’ and a cash cow to be milked.

“Their purpose wasn’t to trade responsibly, to give the customer what they ordered, on time and working properly. It was run with the simple aim of making these defendants money. “Over three and a half years period [of trading], Foster in particular, in his own words, enjoyed a millionaire’s lifestyle and he did just that. Cox and Husselbee, on any view, received a lot of money.” Among Foster’s extravagances were expensive cars – he had threePorsches on his drive – private education for his children, regular holidays and a private box at Birmingham City Football Club.

YOU CAN  READ MORE FROM THE OFFICIAL COURT REPORTS IN THE AUGUST ISSUE OF POOL & SPA SCENE MAGAZINE!©