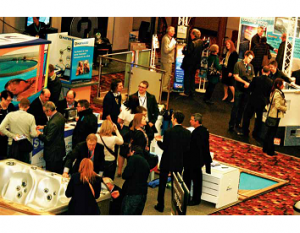 Universally acknowledged as one of the buzziest shows for several years, the SPATEX team has been given an ideal launch pad as it prepares to move the trade show location to the Midlands for the first time in its 17 year history.
The show organisers have confirmed The Ricoh Arena in Coventry as the host venue for next year’s SPATEX which will be held from February 2 to 4, 2014, inclusive.
In a statement, released by the show organisers, the SPATEX team reflected on a positive 2013 event: “The overwhelming impression that visitors and exhibitors took away from SPATEX 2013 was that for those three fleeting days in February, the industry, and indeed Brighton, truly were a brighter place to be,” it read. “Stands were busy and good honest business was being done.
There was a buzz and optimism about the place, that hasn’t been seen for some years. The recession, although still evident, was not at the forefront of discussions and the much-longed for feel good factor had returned to the industry.”

To read more on this and other stories, be sure of your own copy of Pool & Spa Scene. Subscribe here.