After 36 years of dedicated service, Certikin’s Chairman, Patrick Thorpe, is retiring from the business. The son of a Kentish coal miner, Patrick, 64, has been a key fi gure in steering Certikin’s growth from a modest, though signifi cant, UK distributor to a major part of Fluidra, one of the world’s largest multi-national companies. Patrick joined Certikin in 1972 as Financial Controller when it was owned by Brian Stannah, of Stannah stair lift fame and Bob Kent who was Managing Director. “It is rare in the modern world for someone to spend such a large proportion of their career with the same company,” comments Certikin Managing Director, Neil Murray. “We are extremely grateful to Patrick for his dedicated and loyal service over the decades. His outstanding stewardship has been instrumental to building our business into what it is today.” Patrick’s infl uence extends far beyond Certikin, to the industry as a whole, for which he has served 41 years. As the fi rst President of the British Swimming Pool Federation and a key fi gure in the Federation’s creation, Patrick has been heavily involved in protecting British interests in the development of European Standards. It is Patrick’s intention to see this through to fruition. Patrick comments: “It has been an honour to spend such a long and happy career at Certikin. “It is unrecognisable from the company I joined as a young man back in 1972,” he adds. “I am delighted to have played my part in its growth and transformation into the UK’s number one manufacturer and supplier of wet leisure equipment and I wish everyone well as the company embarks on its ambitious plans for the future. “This has been a great industry to work in and I’d like to say thank you for your overwhelming support and for providing me with the opportunity to serve such a vibrant community.” 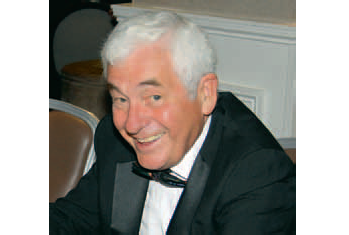