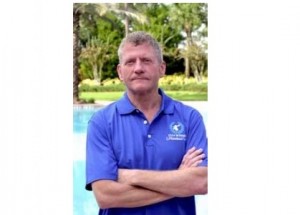 Having helped train and support spa and hot tub dealers all over the UK in recent years, David Wright, Pleatco’s Perfect Spa Guy 2014, is turning from gamekeeper to poacher with the launch of his own showroom under the Passion4Spas banner.

Contracts are now being finalised on a prime site in Hampshire where David will sell Marquis Spas alongside complimentary products such as sauna. David will also be selling a range of home spa products from Heaven Skincare.
Spafix is providing servicing warranty work and technical back up deliveries. David has worked as a dealer manager for Passion Spas and Arctic Spas and on various projects for Elite spas and Canadian Spas.

“I have years of doing international exhibitions selling hot tubs at the Lyon, Barcelona, Ideal Home shows and the international boat show in Dubai,” David reveals.

“I have helped dealers open show rooms all over the UK including Stour valley spas in Suffolk, Spyrys in Cornwall, Splash Spas in Hampshire and Highland Home Centre in Aviemore.

“I had worked at Hindhead Hot Tubs in Surrey as a showroom manager for ten years where I sold through the years including Spaform, Catalina, Caldera, traditional Cedar barrel hot tubs and Passion Spas.”

At his own showroom, David will have the support of a part-time wellness advisor and his wife, Elina. An on-line shop will be heavily advertised on radio and local Hampshire magazines as well as through social media.