Entrepreneur, television celebrity and former winner of The Apprentice, Michelle Dewberry, will be the VIP guest at December’s UK Pool & Spa Awards presentations. Michelle will be attending the event to hear about the industry’s most successful companies and share ideas for industry growth.

Celebrating its tenth anniversary in style, this year’s UK Pool & Spa Awards have already set new records with entries smashing through the 200 mark for the first time. Made possible through the generous support of sponsors including main supporters, Lonza’s hth and FiClor brands, more than 100 companies will be heading for the presentation ceremony at The Vox conference centre, part of the NEC’s World’s Resort on Monday December 4th all hoping for success. Prizes are awarded in gold, silver and bronze levels with trophies presented to category winners.

The competition has already earned itself an unrivalled reputation for providing top companies with a marketing boost. “Following our 2016 Gold Standard Award we were contacted by a customer in the Cote D’Azur who wanted to replace his ageing spa,” says Andrew Newsome of Bespoke Buildings, flagged up to the client because of their 2016 competition success. “He required one company to complete the whole project and after discussions and quotation, we won the job – which of course is entered into this year’s contest.”

Covering both residential and commercial water leisure sectors, the UK Pool and Spa Awards are open to the entire water leisure industry and aim to celebrate outstanding swimming pools, swim spas, hot tubs design, management and refurbishment and the outstanding people in our industry who make a difference. With a late surge of entries, this year’s awards are shaping into one of the most hotly-contested yet. 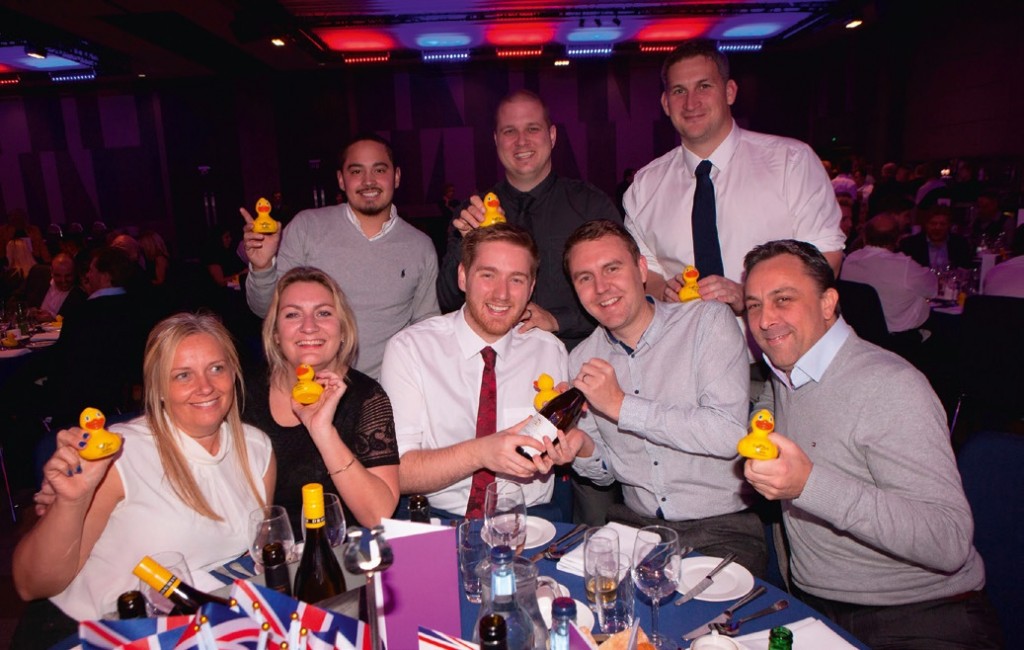 “The Awards have grown organically year on year, driven with the enthusiastic support of the industry,” comments Christina Connor, Managing Director of event organiser’s Waterland Media. “The event continuously grows with new categories and fresh ideas to recognise and promote as many companies as possible involved in the provision of water leisure both at home and abroad,” she added.

Finally, an expert jury will scrutinise the results with the winners being announced at the Awards presentation on Monday December 4th. Log on to www.ukpoolandspaawards to see this year’s entrants and to cast your vote.

A complete sell-out last year, tickets for the 2017 UK Pool & Spas Awards are now available and selling fast.
The business networking event is being held once again, by popular request, at The Vox, located within Resorts World at the NEC in Birmingham.
Table bookings of ten are available. Tickets cost: £50 +VAT (£60 total) – discounts offered for multiple tickets.
The price includes drinks and canapés on arrival and a two-course buffet dinner, plus entertainment.
Tickets will be allocated on a fi rst come, fi rst served basis and posted out prior to the event.
Log on to www.ukpoolandspaawards to check ticket availability. 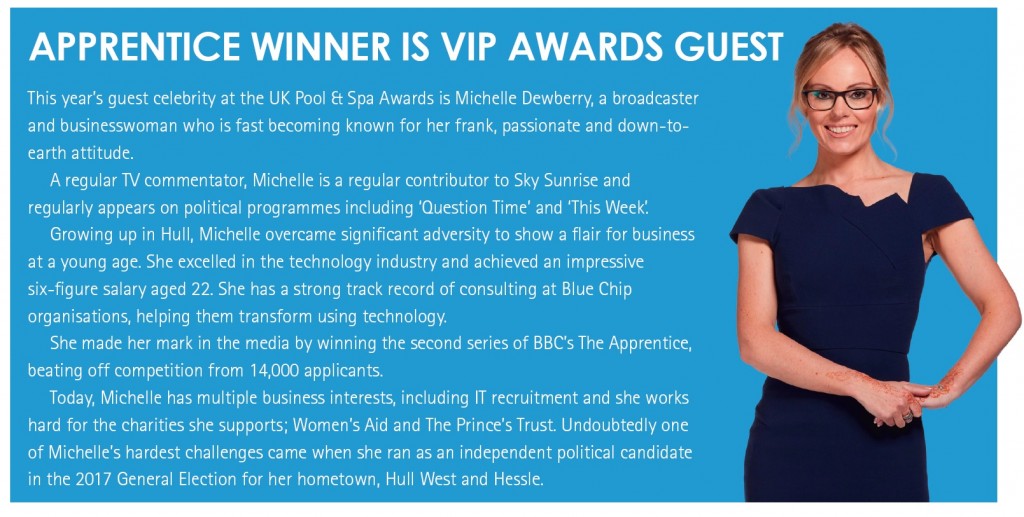