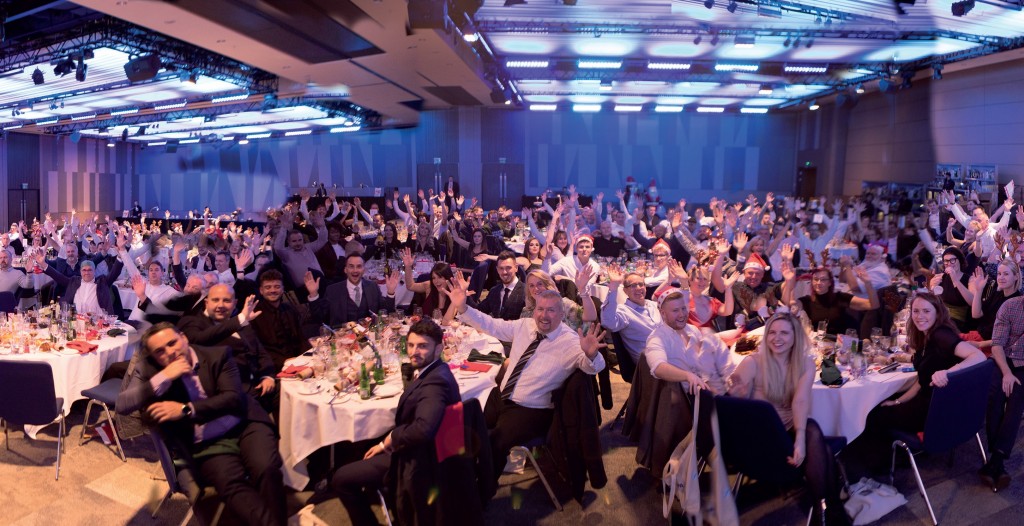 More than 80 companies involved in the provision of water leisure have thrown their hats into the ring for this year’s record-breaking UK Pool & Spa Awards. Anticipation is building towards the announcement of the winners at the presentation event which returns to The Vox Conference Centre at the top floor of the Resorts World building at Birmingham’s NEC on Thursday December 12th. Swimming personality Sharron Davies is proving a popular draw as she will return to present the winning trophies and certificates. The fun event is a business networking style with opportunities to mingle with the suppliers and fellow competitors throughout the evening.

All entries into the competition undergo a three-tier judging process with on-line public voting, points awarded by specialist judges and finally, scrutiny by an independent jury. “The UK Pool & Spa Awards is designed to allow individual companies to promote their own business but also, collectively, as a whole, the water leisure industry as a whole,” explains Christina Connor, on behalf of Waterland Media, the competition organisers. Christina continues: “Now in its tenth year, some categories were again, so well supported, the organisers have split them into smaller groups – again creating the possibility for a promotional platform for even more winners. “This event has earned a not-to-be-missed reputation,” she adds. “Most importantly it brings together the people who build the pools and the people, from the leisure operating sector, who run those pools.”

Usually a sell-out event, with admission strictly by ticket only, you can check on late availability via the organisers.
Simply email: awards@thewaterlandgroup.com