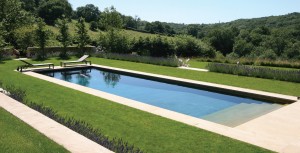 A fresh-faced 21-year-old Rob Bateman had just finished his electrical apprenticeship back in 1973. Armed with ambition, ideas and a desire to learn, he tells his young wife, Sue the words that would shape the course of their lives: “I know how I’m going to make my money – building swimming pools.” Fast forward 45 years and Gloucestershire-based Rio Pools are recognised as one of UK’s leading swimming pool teams with a reputation as sparkling as their bespoke creations. Rob was working as a self-employed ground worker when he was asked to help with the installation of a liner pool. In charge of building the pool was John Brooks, who had recently started his own pool building company, Penguin Pools. As Rob lay the foundation for the swimming pool, little did he know that he was also laying the foundations for his own business. This would be the first pool project that he was involved in. As the contracts came in for Penguin Pools, Rob’s unquenchable desire for knowledge and experience led to him also taking on work with Young Leisure, a swimming pool company based in Bridgewater. The birth of Rob and Sue’s first child Wayne in 1973 followed by daughter Shelley in 1974 marked not just a momentous occasion in their lives, but the arrival of Rio Pool’s future Service Manager and Contracts Manager respectively. 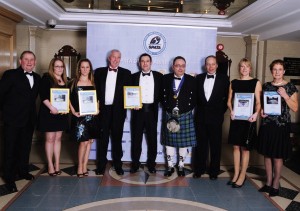 Rob and Sue’s third child they quip, was Rio Pools. With a catchy company name sorted, Rob and Sue became company directors. Along with a helping hand from Sue’s brother, Uncle Rob, who had previously been working with Rob Bateman as Bateman and Lane for Penguin Pools, the trio established the company that we know today. The company was operating from home as well as selling pool chemicals and installing continental swimming pools in their spare time. But Rio Pools was destined for bigger things. Significantly, Rob had been introduced to the Easy Pool System by Patrick Delahunty and, after a trip to the USA to meet the managing director, Buzz Miller, Rob completed his first pool using this system; a pool still in use to this day. The Eighties marked an eventful decade for Rio. Rob and Sue moved the premises to a Wyevale Garden Centre but it wasn’t just the business that was expanding in the eighties. Candie was born in 1981 and later chose the birthing pool over swimming pools as she became a midwife. Last but by no means least came Gemma in 1982, the future of spa sales and marketing at Rio. “Our client base has changed dramatically since we started in the Seventies,” reveals Rob. “In the Seventies it was predominantly farmers, but in the Eighties and Nineties we saw a lot of bankers and entrepreneurs. “Since the recession, our client base is extremely varied. We still see a lot of entrepreneurs and in fact, across our entire trading history many of Rio’s clients have been Lords and Ladies.”

As the business enjoyed sustained success, Rob and Sue decided that having more children wasn’t the answer to their employment demands, and Rio Pools now employs 19 people. With over 1500 pools built and coverage in major publications such as The Financial Times and The Telegraph, not to mention an overwhelming number of industry awards, the Rio Pools business you see today has blossomed from humble beginnings. Today, Rio is a close-knit, smoothly operating team, providing a service that people live, bringing the best of family, skills, and knowledge together in one well-oiled unit. Just as busy as ever, among other projects, the team is in the process of completing a 20m one piece pool installation and have begun a large indoor pool and spa in Malmesbury, Wiltshire. Rob concludes: “My long term goals are to ensure the happiness of our amazingly loyal members of staff and to ensure that our staff are always highly trained and able to provide an outstanding service. Client satisfaction has always been a top priority for us.” Ever the joker, Rob adds: “The recession was a blow as I haven’t been able to fly the helicopter since! So another long term goal is to make enough money to fly again…if I’m not too old at 64!”