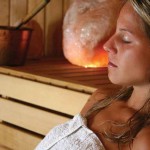 Over two-thirds of UK Health Spa owners had a positive outlook for 2013 and they were clear on what they needed to do to achieve growth, a survey designed to coincide with the recent National Spa Week, has confirmed. The research, commissioned by Groupon UK polled a sample of UK Spa, Health & Beauty business owners this summer. Over a third cited marketing and promotions as vital, while 23 per cent said customer education was a key area that required attention. The results also confirm that a large majority of customers, 91 per cent, use spas for health and stress-related issues, as well as pain and injury relief. With an increase over recent years in the number of holistic and alternative therapies available, companies are now recognising the importance of combining traditional marketing efforts with consumer education.

With a large chunk of SMEs currently using websites, Facebook, and Twitter to engage and communicate with their target audience, it’s no surprise that 79% these businesses see the internet and social media as having the most influence on their work moving forward. Despite 57% of spa owners saying they have felt no positive turn around in their business since reports of the economic recovery in 2010, 68% of spa owners are confident that their estimated revenue for 2013 will be higher than 2012. Some 57% of spa owners described their 2012 revenue as lower (15.9%) or having changed not that much (42%) compared to 2011. Due to this, only 30% said their business had expanded since 2011 and 60.6% maintained its current size; while (9.1%) down-sized completely. Just over a third, 34%, of spa owners felt the internet will have the most impact on the future of their business while 35% believe marketing and promotion and customer education (26.6%) are the areas that need the most attention in order to improve product sales and retail management. Some 40% would consider allowing clients a one off opportunity to try out a product or service for free in order to promote their service and increase their customer base.